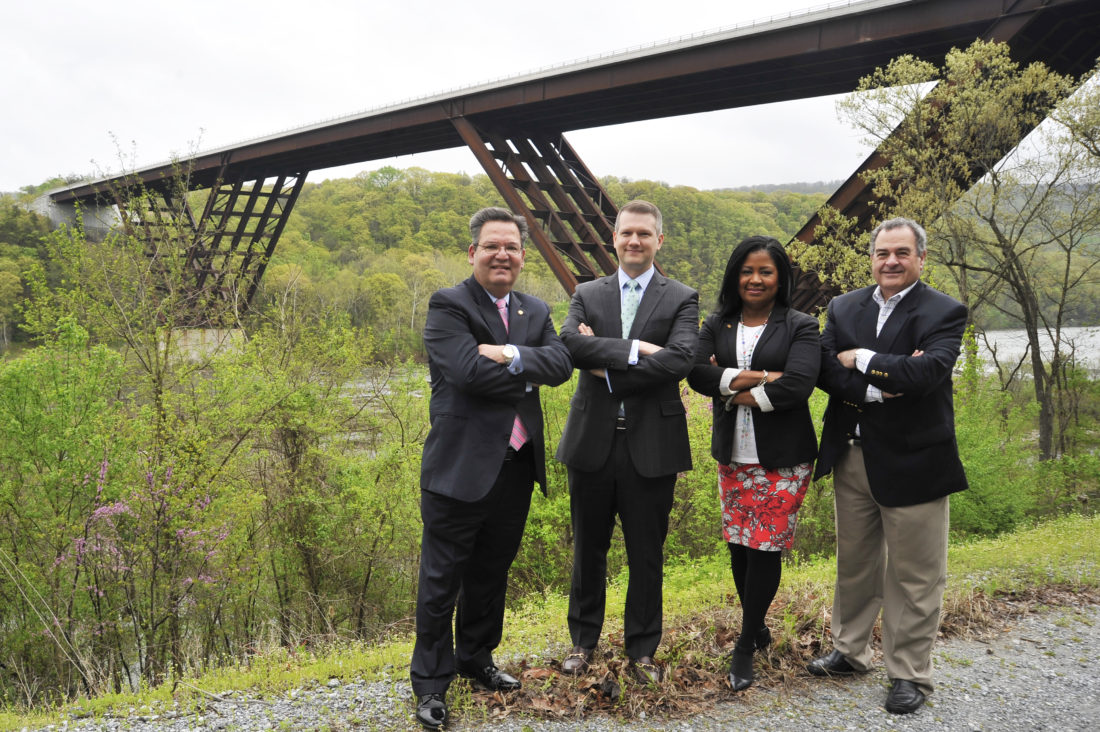 CHARLES TOWN — Martin Robison Delany was a physician, journalist, abolitionist major in the Union Army and newspaper publisher. He was also an African-American, and accomplished all that before, during and after the Civil War.

Born free in Charles Town, Virginia — now West Virginia — Delany was taught to read and write from an early age by his mother, who was also free. His father was a slave working as a carpenter. At that time in Virginia, it was illegal for any slave or African-American to learn to read or write. Delany’s mother fled to Chambersburg, Pennsylvania with her children after it was discovered she was teaching them to read. Delany’s father purchased his freedom a year later and joined them there. Delany grew up and was one of three African-Americans accepted to Harvard Medical School. In short order, he had to leave after students and others protested their attending. Undeterred Delany ended up in Pittsburgh where he studied medicine and was apprenticed to several doctors. He also began writing articles supporting the abolitionist movement and founded the newspaper The Mystery. Later he went to work with Frederick Douglas on the famous North Star Newspaper.

During the Civil War, he spoke to men about enlisting. He also wrote to Secretary of War Edwin Stanton requesting “to command all of the effective black men as Agents of the United States.” His request was ignored. In 1865, Abraham Lincoln met with Delany and found him “a most extraordinary and intelligent man.” Within weeks he was commissioned as a major in the Union Army. He spent his life fighting for rights of ex-slaves.

Today, local citizens and political leaders have come together to make sure that Delany will not fade into history. Harpers Ferry resident Scot Faulkner contacted Delegate Jill Upson, R-Jefferson, and asked for help on getting a bridge named after the accomplished man. The bridge crosses the Shenandoah River and is higher than the Washington Monument at its tallest point.

“It was Mr. Faulkner who contacted me about the naming of the bridge and said he had been working on it and wasn’t having any luck in previous years, and so he asked if I would help with it,” Upson said. “I was able to not only introduce the resolution, but I had enough support from members of leadership that it actually went somewhere this year.”

For Faulkner, it was an important accomplishment.

“The only way we are going to keep our civic culture intact for future generations is for them to have these physical touchstones that show us and remind us of who we are and why we are,” Faulkner said.

Delegate Riley Moore, R-Jefferson, helped pass the resolution. The 1,400-foot bridge is in his district.

“I’m proud to have the largest bridge in Jefferson County named after, and immortalized, in the memory of such a monumental resident of our county and an American patriot, Maj. Delany,” Moore said. “I think it’s fitting to have a structure of this size named after someone with such monumental accomplishments for our country and I’m proud to count him as a Jefferson County resident and native.”

“There are a lot of resolutions introduced each year, but I think the resolution that Delegate Upson helped draft just really outlined what an exceptional individual Maj. Delaney was,” Espinosa said. “I think the fact that even President Abraham Lincoln was so impressed, in such a short period of time that he had a chance to speak with Mr. Delany, was so impressed that he subsequently recommended his appointment as major.”

Upson said the idea of the resolution was well-received.

“Actually I got a lot of kudos from around the Capitol saying this is really a good idea, we just read about him, we think it’s great,” Upson said.

Faulkner said naming the bridge for such an important person in history means a lot to the county as a whole.

“If you look at a lot of bridges in this area, they are named after highway commissioners and bureaucrats down in Charleston,” Faulkner said. “We had an opportunity to take a person that truly had national significance. He was a major abolitionist and of course the highest ranking African-American during the Civil War. He is a person that was born free and he had to flee the area. The largest bridge in the county should be named after a large figure in the county.”