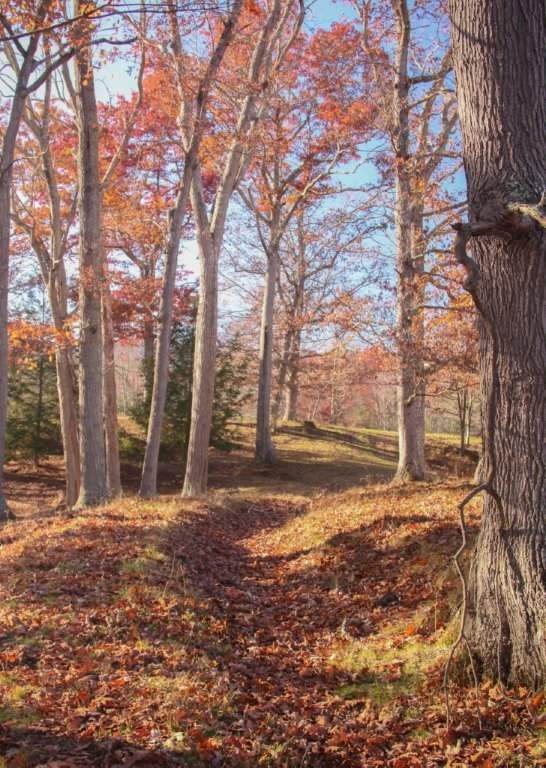 A Confederate-dug trench line makes an ‘S’ turn as it follows a hillside contour at the former Camp Bartow.

by Rick Steelhammer, for the Charleston Gazette, February 11, 2017

The core section of Camp Bartow, a fortified encampment with still-visible earthworks built by 1,800 Confederate soldiers, has been preserved and will eventually be opened to the public following its recent purchase by the West Virginia Land Trust.

The encampment was built by soldiers from Georgia, Arkansas and Virginia who occupied the site for several months during the opening year of the Civil War, and it was used to fend off an attack by a much larger Union force during the Oct. 3, 1861, Battle of Greenbrier River.

The 14-acre tract, bought with assistance from the national Civil War Trust, Pocahontas County Commission, state Division of Highways, Staunton-Parkersburg Turnpike Alliance and First Energy Foundation, overlooks the East Fork of the Greenbrier River and borders a still-used segment of the Staunton-Parkersburg Turnpike, a strategic east-west supply route during the Civil War.

The site also overlooks Travellers Repose, a 19th-century inn serving Turnpike users that was torched during the Civil War but rebuilt on the same site a few years after hostilities ended.